Dr. Duke Discusses the Ted Cruz Sex Scandal and How the Media Covers Stories in Line with the Jewish Agenda!

Dr. Duke Discusses the Ted Cruz Sex Scandal and How the Media Covers Stories in Line with the Jewish Agenda!

Today Dr. Duke talked about how the media is using psychological conditioning techniques in an effort to thwart the electoral success of Donald Trump. For instance, they repeatedly ask him questions about his support from so-called “white supremacists” in order to tie his name to racial supremacism in the minds of voters without having to actually present any evidence of racial supremacism in his personal history or proposals. Meanwhile, allegations of serial marital infidelity against evangelical preacher and part-time Senator Ted Cruz are being quashed. 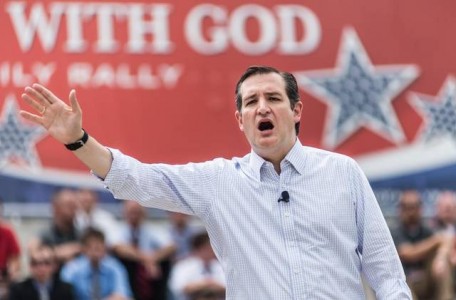 Dr. Slattery joined the show and agreed that while there is no secret government issuing directives to its Jewish functionaries in the media, Jews have a greater tendency towards ethnocentrism and paranoia than other groups and are therefore more likely to act in ways that promotes their perception of Jewish group interests. Given their massive over-representation in the media (which itself is a function of these ethnocentric tendencies), this results in an incredible bias that in the current atmosphere is very unfavorable for Donald Trump.

This is another thought-provoking show that will get your synopses firing heading into the weekend. Please share it widely.