Storm Clouds Gathering is a popular YouTube channel that focuses on geopolitics. It recently created a video that outlines the case for World War III.

The video begins with the first side of the theater of war. Russia, China and Iran have openly sided with the Syrian government.  Russia directly supplies air support and military equipment, while Iran supplies personnel. China bides its time in the background, appearing to be less willing to aggravate the West while quietly advancing its own land reclamation projects. China’s position isn’t as clear as Russia or Iran’s, and it is unknown if or when it would do anything.

Iraq is another party that has, in the past, been somewhat opaque on its allegiances. It has reccently begun to lean towards the Russians and away from the U.S.

On the other side stands the United States, France, England, Germany, Saudi Arabia, Jordan, Qatar, Turkey and Israel. Each have their own motivation for ousting Assad.

Qatar wanted to build a natural gas pipeline to Europe which would have intersected Saudi Arabia, Syria, Jordan and Turkey. Assad refused, and built a pipeline with Iran instead. This decision sealed Assad’s fate in their eyes, more so than his own despotism ever did. Indeed, Saudi Arabia in particular could hardly be considered democratic.

The fear of a Iran-Iraq-Syria-Lebanon Shia bloc that cuts Turkey off from Saudi Arabia is another major motivating factor for the Sunni nations, according to retired US General and NATO Commander General Wesley Clark.

Israel has shown where it stands in the alliance by bombing the Syrian government numerous times, while ignoring or even providing logistical and medical aid to rebels – even openly extremist ones. It stands to gain from its discovery of oil in the Golan Heights, territory that was annexed by Israel from Syria. Even the U.S. has refused to grant the territory to Israel, though perhaps a new Syrian government aided by Israel would be more willing to negotiate on the matter. 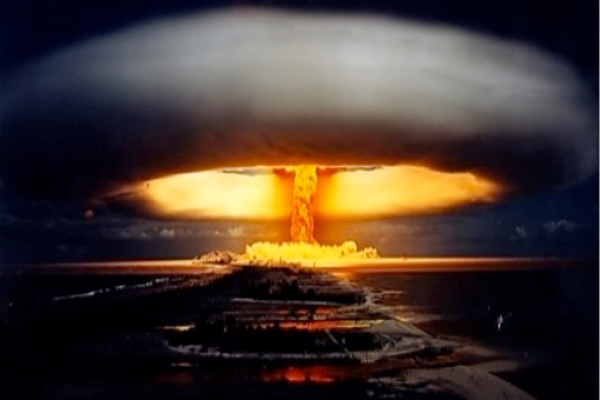 The Western motivation is less explicit; they claim that they only support moderate rebels – foreign Sunni jihadists – who were presented as freedom fighters by the mainstream press.

However, the FSA’s own commanders have admitted to cooperating with Al-Nusra, and with Al-Nusra allied to ISIS they have indirectly shown support for the extremist group. Also, the FSA is by no means truly moderate, for they had (according to Reuters in a 2012 piece) also elected an “Islamist-dominated” command.

Here’s an example of the extent of cooperation between moderates and extremists: ISIS is known to own a legion of Toyota Hilux trucks, and nobody seems to know how they came to be. The U.S. State Department according to PRI, has been supplying the exact model of truck to the FSA for years. Do the math.

“Specific equipment like the Toyota Hiluxes are what we refer to as force enablers for the moderate opposition forces on the ground,” he adds. Shahbander says the U.S.-supplied pickups will be delivering troops and supplies into battle. Some of the fleet will even become battlefield weapons.

“You can absolutely expect for many of those trucks to be mounted with crew-served machine guns or other type of equipment, military equipment, that the opposition forces have access to. I mean, that’s one of the reasons why the Toyota Hilux is such an important force multiplier, because it could be used both for humanitarian purposes and for operational purposes as well.”

The video concludes that the West’s true motivation is the larger geopolitical game – it fears losing influence in the region to Russia, and the U.S. in particular would lose control of the petrodollar, should this come to pass. Even as ceasefire talks come and go, and ISIS is edged out of Syria into Libya, Russia being in a position to threaten the petrodollar would be an unthinkable outcome, and perhaps the spark for direct conflict between world powers.

This article ([Video] World War III – The New Axis of Evil) is a free and open source. You have permission to republish this article under a Creative Commons license with attribution to the author(CoNN) and AnonHQ.com.