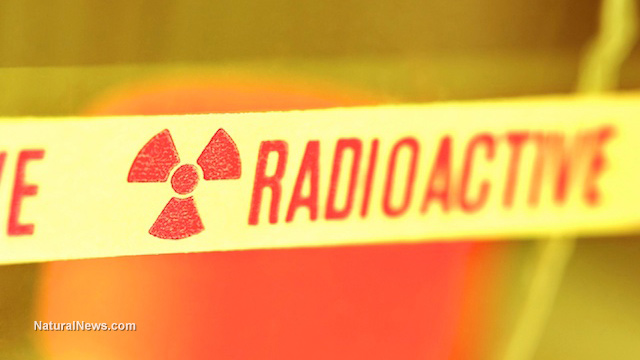 (NaturalNews) The water quality throughout the United States leaves much to be desired; it’s in such horrible shape that just about everywhere you turn, it’s ruining people’s health. This isn’t about an occasional situation either, but rather several ongoing problems that seem to have no end in sight.

The latest water issue to rear its ugly head comes from Florida’s Biscayne Bay. Water sampling of its waters revealed hundreds of times more than the normal amount of tritium, a radioactive isotope that’s produced by nearby nuclear reactors. These are used to track water that’s been leaking from nearby cooling canals. Specifically, it’s the Cooling Canal System (CCS) that serves the Florida Power & Light (FPL) Turkey Point facility that was studied.

The study, which was completed by Dr. David Chin of the University of Miami, and recently released by Miami-Dade County Mayor Carlos Gimenez, reinforces fears that the cooling canals have led to dangerous underwater plumes, putting drinking water in jeopardy. In fact, the study was released only a couple of weeks after a Tallahassee judge ordered the utility and the state to clean up the cooling-canal system.

According to the study:

A threshold concentration of 20 pCi/L has been used as a baseline to infer the presence of groundwater originating from the CCS. Groundwater with concentrations below 20 pCi/L are presumed not to be affected by the CCS. FPL does not concur with the selection of 20 pCi/L as a threshold or background tritium concentration for surface water, pore water, or shallow groundwater. The basis of FPL’s contention regarding the 20 pCi/L threshold is that multiple factors such as atmospheric deposition, vapor exchange, and errors in laboratory analysis can influence reported tritium levels. … However, at depth, the CCS appears to be the primary source of tritium, and using tritium as a tracer in the lower elevations of the Biscayne Aquifer is reasonable. Reported measurements show groundwater tritium concentrations in excess of 3000 pCi/L near the CCS. …

Whoa. There are “… groundwater tritium concentrations in excess of 3000 pCi/L?” Considering that the threshold has been set for 20 pCi/L, this is beyond alarming. Still, the report seems to rely heavily on variables that make this number ebb and flow, or at least seem somewhat justifiable. The likes of varying temperature levels, salinity, FPL’s disagreement with the set threshold level, vapor exchange and possible lab analysis errors are all mentioned in what comes off as an attempt to soften the blow of the disturbing finding.

But no matter how you look at it or attempt to explain it away, the fact remains that there’s a radioactive isotope floating around the Florida Bay.

While The Biscayne Bay area wrestles with these serious water quality issues, it’s no secret that the residents of Flint, Michigan, are doing the same.

There, people ended up drinking lead-laden water after Governor Rick Snyder and his administration switched the water supply from the Detroit Water and Sewerage Department system to the Flint River in 2014. The move was a money-saving effort that ended up destroying people’s lives, giving them everything from osteoarthritis to legionnaires’ disease. The problem facing these people has brought widespread attention to the issue of both aging water pipes and overall water quality concerns.

We need not even get into the problem that fracking creates; Hollin Kretzmann, an attorney with the Center for Biological Diversity in San Francisco, recalls nine cases of well operations that have injected a mind-boggling, “3 billion gallons of toxic oil industry wastewater into aquifers that were clean and supposed to be protected under federal and state law.”

Get your area’s water tested today – here’s how

If you’re concerned about water quality issues in your area, consider having a sample tested under the careful expertise of Health Ranger Mike Adams and a former NASA contract scientist. Together, they’re conducting a nationwide effort to scientifically analyze heavy metals in U.S. city tap water, the results of which will be made public on EPAwatch.org.

Read here[PDF] to learn how you can have the water in your area tested without having to deal with loopholes and nonsense.