https://www.youtube.com/watch?v=kLoa1zh9BT0
The War on Christmas

How The Jews Stole Christmas

By EMILY CHAN FOR MAILONLINE 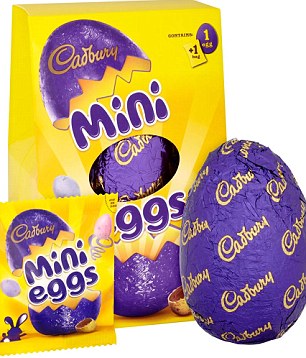 Chocolate manufacturers have been accused of dropping the word ‘Easter’ from their celebratory eggs.

Christian groups have claimed that major brands are ‘uncomfortable’ with the Christian faith.

But manufacturers Cadbury and Nestle denied that they were getting rid of the word ‘Easter’ from their products.

The word ‘Easter’ is not included on the front of the packaging for their Mini Eggs Giant Egg or their Dairy Milk Buttons Egg, but ‘Happy Easter’ is branded on a special edition of the Dairy Milk chocolate bar.

Nestle’s Kit Kat Chunky Egg and Smarties Egg Hunt Pack also do not include the word Easter on the front.

David Marshall, who is the founder of the Meaningful Chocolate Company, accused brands of ‘censoring’ the Easter tradition. Read More