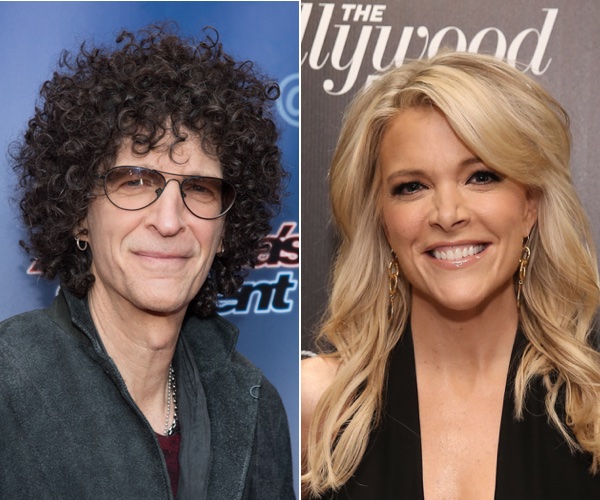 Donald Trump should have asked Megyn Kelly about her racy photo on GQ. He also should have confronted her about her interesting interview with Howard Stern.

Howard Stern is an interesting individual. If you don’t believe this, then take it from Rob Eshman of the Jewish Journal:

“Stern was born Jewish, suffered through—his words—Hebrew school and bar mitzvah studies—and has nothing kind to say about Judaism in particular or organized religion in general.

“But the 60 year-old Long Island boy is deeply, tribally, culturally Jewish—and for Jews like him, Israel is the obvious answer to the enduring problem of anti-Semitism, as well as to anti-American, anti-Western, anti-democratic forces in the Middle East.

“What’s interesting is that the most famous popular voices in support of Israel these days share Stern’s outlook: they are anti-religious, cultural Jews.”[1]

One can include Bill Maher and Sam Harris in this political equation as well. All three individuals always side with Israel. If you doubt this, then listen to Howard Stern very carefully here:

“The Arab world has to be taught a lesson, that we are the boss and you are going to be our dogs… let Israel loose… it could be taken care of in an hour; you could wipe them off the face of the earth…I’d blow up… the Palestinians… blow them all up and be done with them, and you won’t miss a night’s sleep.”[2]

Whether Stern likes it or not, he got this ideology from Talmudic discourse, which basically says that the Goyim are beasts and donkeys. Let us not forget the wisdom of the late rabbi Ovadia Yosef. Yosef declared that

“Goyim were born only to serve us. Without that, they have no place in the world; only to serve the People of Israel. With gentiles, it will be like any person: They need to die, but God will give them longevity. Why? Imagine that one’s donkey would die, they’d lose their money. This is his servant. That’s why he gets a long life, to work well for this Jew.”[3]

So, to Howard Stern, Palestinians are dogs that need to be wiped out. But there is more to Stern than meets the eye and ear. He seems to believe that Goyim like Megyn Kelly need to prostitute before him as well. After all, Stern styles himself the “king of all media.”[4] 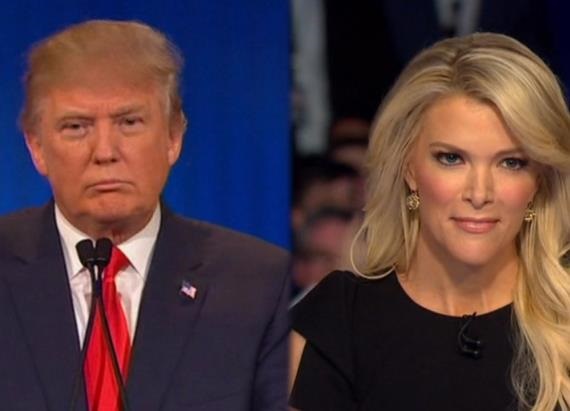 “Let’s cut to the chase, Megyn. How is GQ working for you? Still taking those photos and being a hypocrite here?”

Kelly, like a mindless whore who is desperate for money and fame, fell right under Stern’s trap. Kelly declared that she would have sex with political prostitute Bill O’Reilly, marry puppet Sean Hannity, and kill good-for-nothing Glenn Beck.[5]

There is more about Kelly. In December 2010, she posed for a racy photo for the magazine GQ. GQ declared, “We decided she was hot,”[6] which is to say that they decided that Kelly was going to be the next whore on GQ. Once again, she fell right under their arms.

What’s the hidden grammar here? Well, we are living in an intolerable world, a world filled with contradiction and hocus pocus. Kelly spent minutes talking to Howard Stern about her breasts and her husband’s penis, but she declared that she was shocked about Donald Trump’s remarks!

Trump should have asked Kelly about her racy photo on GQ. He also should have confronted her about her interesting interview with Stern. Keep also in mind that Howard Stern “is known for having women remove all their clothing during his radio broadcasts while he ogles and describes them.” Kelly was one of the women!

With respect to her breasts, Kelly could be graphic: “We used to call them ‘Killer B’s’ then when I got pregnant they became ‘Swimmin’ C’s’ and Doug [Brunt] was frolicking in the ocean.”

“Stern asked whether she would have considered not marrying Brunt if his penis had been small.”

You see, the only way Kelly could get away with this vital contradiction is because she has been paid to say crazy things on the air. Throughout her nitty-gritty interrogation with Stern, Kelly is laughing all the way and enjoying the ride.

But Donald Trump is the bad guy because he “degrades” women. The Boston Globe never chastises Howard Stern for his provocative statements. In fact, Trump hasn’t said things like “Spanish people have the worst taste in music.”

Right after the Columbine High School shooting in 1999, Stern again did not hesitate to be as provocative as usual about the girls who were running for their lives:

“There were some really good-looking girls running with their hands over their heads. Did those kids try to have sex with any of those good-looking girls? They didn’t even do that? At least if you’re going to kill yourself and kill the kids, why wouldn’t you have some sex? If I was going to kill some people, I’d take them out with sex.”

Stern once “held a bra-burning event and wrestled women outside the studios, and invited listeners to confess the most outrageous places where they had sex, and record their calls for the air.”

“If controversy sells, then Howard Stern is entertainment’s biggest pimp. He’s made a career out of controversy, and dozens of imitators have followed in the shock jock’s footsteps.”

TMZ even went on to say that Stern was fired by WNBC, New York, for bestiality stunt. But when Trump says something provocative, then he is being told that he is one of the craziest people on the face of the earth, even by the Boston Globe.[10]

We all know that Donald Trump is partly rational. We all know that he sometimes produces contradictory statements and that he is basically, to borrow E. Michael Jones’ vocabulary, “a missionary for capitalism.”

But the worst candidate in the presidential pool is not and never will be Donald Trump. The Neo-Bolsheviks obviously hate him because he seems to propose an intermission in the Middle East. William Kristol is already doing everything he can to dismiss Trump completely.[11] Ian Tuttle of National Review has announced that U.S. officials who actually support Trumps are basically rats.[12]

George Will of the same magazine has declared that Trump supporters will eventually lose their reputation.[13] Jewish writer Jennifer Rubin of the Washington Post has recently declared that “Chris Christie is now ruined” because he has endorsed Trump.[14]

Kevin D. Williamson has come out and said that Trump is an imbecile who is against the first amendment.[15] Jewish Neocon David Frum, former speechwriter for President George W. Bush, has written that Trump “is destroying the Republican party.”[16] In a similar vein, Jewish Neocon Jonah Goldberg, a fellow at the American Enterprise Institute, said last year that Trump is “the Bane of humanity.”[17]

Thomas Sowell, the Neocon shill who hasn’t realized that he has been duped into believing crazy things (such as “Iran is guaranteed to get nuclear weapons”), is still toe-dancing around serious issues and playing dice with the lives of the American people by saying that Trump is “acting like a bull.”[18]

Sowell has been acting like a bull since the day he pledged allegiance to the Neo-Bolshevik ideology. He has supported the invasion of Iraq, defended zombie enablers like David Petraeus, and has never stopped polluting the political landscape by making outrageous statements with little or no evidence.

If Sowell and his Jewish bosses want to be honest, they need to look at themselves in the mirror and start asking for forgiveness. If Megyn Kelly wants to drill Donald Trump on women and wants us to take her seriously, then she needs to explain to us what she was thinking when she sold herself to the Dreadful Few for money, power, and fame.

[6] Quoted in “EXCLUSIVE: ‘I wanted a wife… so did she’. Ex-husband of Megyn Kelly speaks out about his marriage to the FOX News star and reveals he didn’t CHEAT on her – and it ‘bugged’ him that she hinted he did on air,” Daily Mail, February 3, 2015.

[13] George Will, “Nothing Will Redeem the Ruined Reputations of Trump’s Republican Collaborators,” National Review, February 28, 2016.