[corner-ad id=1]Dr. David Duke Exposes the ZioMedia Lies about Himself and Donald Trump. You Can’t Stump the Trump & You Can’t Rebuke the Duke!

Dr. David Duke Exposes the ZioMedia Lies about Himself and Donald Trump. You Can’t Stump the Trump & You Can’t Rebuke the Duke!

Dr. David Duke Exposes the ZioMedia Lies about Himself and Donald Trump. You Can’t Stump the Trump & You Can’t Rebuke the Duke! 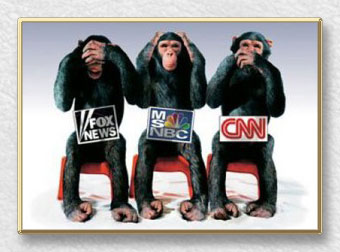 Dr. Duke used his show today to address the controversy over his qualified support of Donald Trump for president. Dr. Duke clarified the fact that he left the Klan almost 40 years ago, that his group completely and explicitly rejected violence, that he has acknowledged that his joining the group was a youthful mistake, and that never at any point in his life did he support the supremacy of any race over any other race.

Dr. Duke pointed out that even with this “scandal” of Mr. Trump’s insufficient repudiation of him dominating the news cycle since last Friday, the most recent CNN poll shows that nationwide support for Trump has surged to new highs. Dr. Slattery joined the show and pointed out that Trump alone is calling for an improved relationship with Russia via diplomacy, whereas the rest of the candidates are all calling for policies, such as a no-fly zone over Syria, that would lead to World War III if they were actually implemented. He suggested that rather than trying to smear Mr. Trump with a fictionalized caricature of Dr. Duke, the media should actually do their job and have the candidates discuss these crucial issues of war and peace.

This was a show that repudiated the media for abdicating their responsibility to inform rather than to propagandize. It was tremendous and huge and you’re going to love it.

Alex Jones Once Again Exposed Himself As A Zionist Media Puppet, He Is Lying About David Duke & Donald Trump