Did That Last Glass Of Wine Make You Feel Weird, Itchy And Sick?

I like a glass of wine now and then and I normally try to buy organic wine when available. I try to buy all my food organic and Non-GMO. So I am very picky about what I put in my body. But several weeks ago I was shopping at the normal place that I have been buying wine and decided to buy a case of California wine that was on sale for a family and friend get together that was coming up.

Before this get together I opened a bottle of this California Wine called Pacific Peak and tried a glass and about an hour later I started to feel itchy, hot and a little sick. This is not scientific and I am not saying at this time, that this wine is bad plus at the time I had no clue what the issue was, but several days latter I tried a another glass of the same Pacific Peak Cabernet Sauvignon and had the same reaction. So that was it for me, I discarded this wine.

I started researching on the net to see if their was any issues reported about this brand of wine. I could not find any negative reports and I even called the store to see if any other people had issues with this wine. They said no and indicated it was a popular seller. This Pacific Peak brand in my view is similar to Trader Joe’s Charles Shaw.

But to my shock I did find some interesting information about California wines that I thought I should share. Read below.

Full List: Wines Named In A Lawsuit Over High Levels Of Arsenic 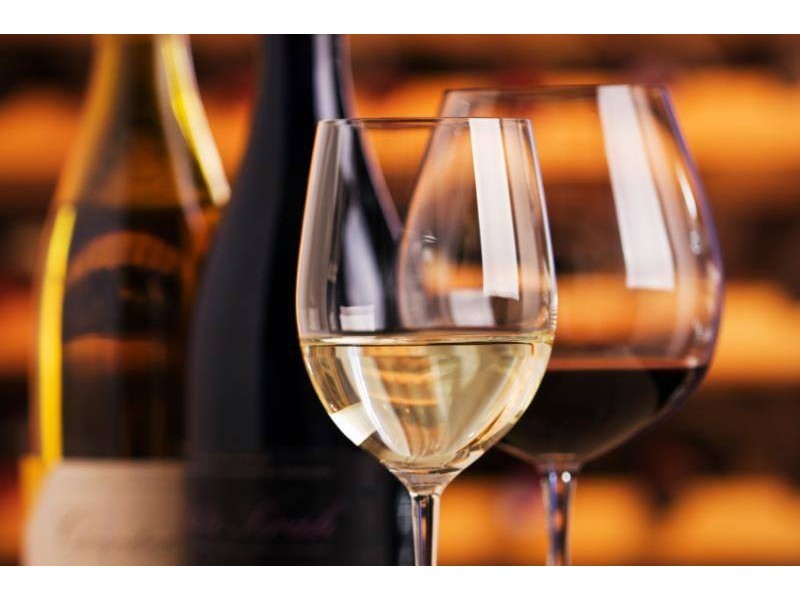 It’s been one day since a lawsuit was filed claiming 28 California wineries are producing wines with dangerously high levels of arsenic.

Court documents allege three separate testing laboratories skilled in arsenic testing each confirmed that several California wineries are producing wines with high levels of the toxin, ”in some cases, up to 500 percent or more than what is considered the maximum acceptable safe daily intake limit.”

The lawsuit is just that: a lawsuit. And neither judge nor jury has weighed in on the allegations. Still, the story has gone viral on social media, with many posts wondering just which wines are included in the suit.

Well, here they are:

Note:, Any wines listed without specific years are non-vintage, meaning the grapes used did not come from a single year.

Wine allergy: What are the symptoms and common causes?

(NaturalNews) It is well known that drinking wine has positive effects on health when taken in moderation. Wine contains antioxidants that protect cells against damage. But who knows about wine allergy and the effect that it can have on health? Whereas a true wine allergy is rare, it is not uncommon to experience intolerance-like symptoms such as rashes, diarrhea and vomiting (aside from drinking too much…). Different chemicals and ingredients in wine can cause a reaction. What are these reactions and what are the symptoms caused by?

Allergy symptoms occur when the immune system overreacts to an allergen. If there is an allergy, the immune system acts as if the allergen were dangerous, releasing a chemical called histamine that causes allergy symptoms. A reaction can be mild but may be life threatening in some cases. Anaphylaxis is a severe allergic reaction that occurs suddenly and can worsen quickly. However it rarely happens with wine consumption.

The most common symptoms of a wine intolerance or allergy are: skin rashes, flushed skin, diarrhea, vomiting, shortness of breath, stomach cramps, runny nose and swollen eyes. There are also long-term symptoms of wine intolerance, such as: eczema, headaches, migraines, chronic fatigue and low mood.

What are the symptoms of a wine intolerance caused by?

The symptoms are caused by an intolerance or immune reaction to some food ingredients or chemicals in wine. These issues have long been attributed to sulfites, but research now shows that other components such as glycoproteins may be to blame for this reaction to wine.

Sulfites occur naturally in the process of making wine. They are often added to wine as preservatives. Sulfites are not only found in wine and beer, but also in a large variety of foods like dried fruit. The FDA estimates that one out of 100 people is sensitive to sulfites. Since there are sulfites in other foods, why would people have a reaction to sulfites in wine only? Sulfites may not be the problem in wine sensitivity.

Glycoproteins are proteins that also occur in other fruits such as bananas and kiwis. While some glycoproteins get formed during the fermentation process, others just live in the grape itself. When consumed, they may trigger allergy symptoms. Once again, more research is needed to confirm this.

Also, it is not uncommon to be allergic to a specific grape variety. For instance, red wine seems to trigger more symptoms than white wine. The Red Wine Headache (RWH) is a headache often accompanied by nausea and flushing that occurs after drinking even a single glass of red wine.

Sulfites are not the cause of RWH as almost all wine contains sulfites, including white wine. As for histamines (a chemical which occurs naturally in certain foods and which is also released in the body as part of an allergic reaction), studies found no difference in reactions to low and high histamine wine. What about tannins that give a red wine pigment and bitterness? There are other foods that contain tannin, such as tea or chocolate. If people do not react to a cup of tea, why would they react to tannin in red wine?

As a conclusion, there are a few theories for wine allergy. On the list of most possible causes are: prostaglandins, tyramine, yeast and bacteria, substances in the cork, and even the alcohol itself… This is not to say that more research is not needed to find the causes. For people who experience allergy symptoms, abstinence is likely to be the best option so far.

About the author:
Originally from France, Joséphine Beck has qualification in digestive care and nutritional product advising, and holds a master degree in communication and information. She now lives in BC, Canada.
Joséphine is the founder of the website OptiDerma.com, through which she helps people find natural remedies for skin problems.

Learn More From Source Of The Article: http://www.naturalnews.com/041402_wine_allergies_symptoms_causes.html#

A nuclear facility in Washington state’s prime wine country is leaching radioactive groundwater and is one natural disaster away from Fukushima 2.0.

The Hanford Site, a former nuclear-weapons production facility located in southeastern Washington State near the Oregon border, is one natural disaster away from a Fukushima-like catastrophe, according to environmental groups who also claim the site—which sits near some of the state’s best vineyards—is leaking radioactive groundwater into the nearby Columbia River.

Activists blame the dangers on the slow pace of the U.S. government’s efforts to clean up the radioactive waste spread across the site’s 586 square-mile expanse and in the groundwater beneath it. Read More

You’re going to want to use every share button at the bottom of this article once you’re done reading, so get ready, it’s time to freak out:  Maybe.

If you live on the west coast of Canada or the United States, you’re pretty much already screwed at this point thanks to the Japanese earthquake and tsunami of 2011.  Radiation levels are already increasing in the food and water, babies born with thyroid issues linked to radiation are rising quickly and governments in Canada and the United States are raising the “acceptable levels” of certain toxic substances in the food being shipped in from Japan.

How can we protect ourselves? First, be aware of what items are likely to be highly tainted.

1.)  SEAFOOD:  Question the origin of ALL seafood.  Fish and crustaceans from the Pacific Ocean should all be considered to be poisoned with radiation.

2.)  WATER:  The rainfall and snowfall are all radiated.  Do not drink any water that has not been filtered.   The tap water that flows from your faucet has NOT been treated to rid it of radioactive particles. A recent report from the NY Times stated, “A rooftop water monitoring program managed by UC Berkeley’s Department of Nuclear Engineering detected substantial spikes in rain-borne iodine-131 during torrential downpours …

3.) DAIRY PRODUCTS:  Milk and milk products from the West Coast states currently have the highest levels of radiation in North America.

4.)  PRODUCE:  Leafy Vegetables, Wines, Tomatoes, Strawberries….all produce from California or any other West Coast State are also likely to be tainted.

5.)  MEAT:  If an animal eats any leafy vegetable all along the West Coast, that animal has consumed radiation, and is poisoned.  This is any animal from cows, pigs, goats, sheep to wild deer and other game.

If you eat the above foods from areas with high radiation levels, you are eating radiation and feeding it to your children. Slowly the radiation levels within your body will build up.  This is PERMANENT. Read More