Help David Duke get his side out

Today Dr. Duke responded to absurd attacks on him from the media and in particular from CNN panelists Van Jones and Jeffrey Lord. Van Jones emotionally and incoherently smeared Dr. Duke for his organizational affiliations of four decades ago despite the fact that Jones himself had to resign his post with the Obama administration for his own much more recent affiliations that he claims to have moved beyond. Lord, for his part, made the illogical assertion that Duke is a “leftist” because the KKK was a major force in the Democratic Party 100 years ago. Go figure! 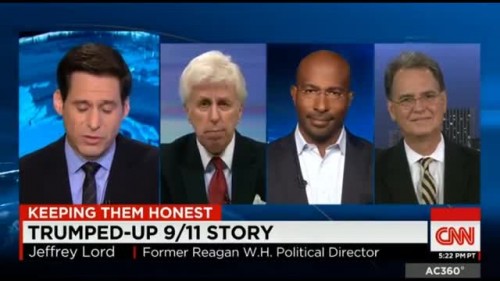 Dr. Duke then challenged CNN and Fox to stop trying him in absentia and instead invite him on to defend himself and explain why he urged listeners to vote for Trump. But of course that is unlikely, because there is nothing scandalous about the reasons for his support, i.e. the need to stop mass immigration and the need to avoid an insane war with Russia. Dr. Slattery also joined the show.

This was a great show that you will want to share with your friends.